We have seen XRP, the native cryptocurrency of Ripple, in the news in recent months more than any other digital currency in the cryptocurrency market. The reason behind this is the ongoing lawsuit war between its parent company and the United States’ independent agency, Securities and Exchange Commission (SEC). This battle started in the last month of the year 2020, and it is still going on, and there are no signs of the end of this lawsuit till now.

When the US SEC filed a lawsuit against Ripple and its executives, the price value of the company’s native crypto fell down drastically, dropping from the figure of $0.7 to the $0.2 price level. However, every development in the case that favored Ripple also helped the price of the coin go higher as well.

If we look at the current price performance of XRP, the seventh-ranked digital currency is holding at around $0.83 with a negative change rate of -4.68 percent in the last 24 hours at the time of writing this article. It is standing right near to breaking above the figure of $1 to get close to its June high, which is standing at around $1.07. In order to retest its June high, the coin needs to break the resistance level of $0.90 and turn it into its support level. 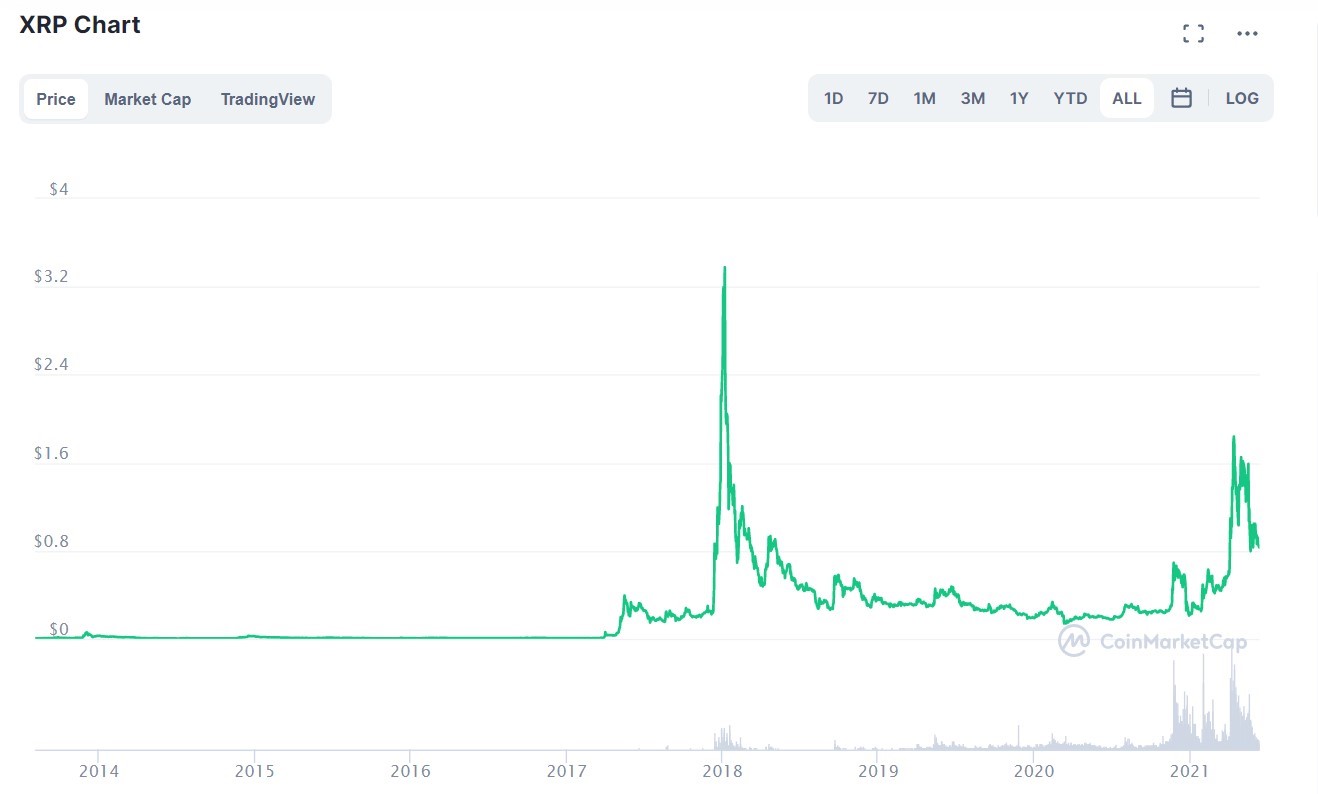 There are chances that the coin might be able to get its price value into the three-figures in the long-term case scenario, but in order for the coin to do so, it needs to be completed in the bullish momentum, which should be kept maintained for a longer period of time.

While talking about the future prospects of the price value of XRP, the famous cryptocurrency analyst known as CryptoSerpent stated in a video:

“We are heading into this bullish, ferocious momentum for XRP, and it’s going to be legendary.”

Furthermore, the analyst said that last time the price of XRP surged high was in the year 2017-2018 and it occurred right after the cryptocurrency faced a price drop. The analyst is a similar kind of move by XRP again:

“Coming to the present, we did have a massive drop and now we’re trading sideways. We can expect 3 hard-hitting moves now.”

Out of the three big moves, the first one as expected by the analyst will take place when XRP will enter the $0.9-2.6 price range. While talking about the next two big moves of XRP, the crypto analyst stated:

“We’ll go one more time for the major move which will see us going into the tens. $10-$11 and maybe even touch $15 for a little bit. We’re going to go sideways then one final push will get the crypto’s price to the $123 range.”

At the end, the analyst said that all of this is not going to occur within a short period of time. It will take time as a lot of things are likely to get right before all of this happens. He asserted:

“It’s definitely not going to happen overnight. A lot of things have to go right for this to occur, but it is coming. It is just a matter of when, not if.”

The cryptocurrency market is experiencing a bear cycle at the moment, but Pantera Capital’s CEO is confident that the next bull market is on its way. Dan Morehead, Chief Executive Officer of Pantera Capital, believes […]